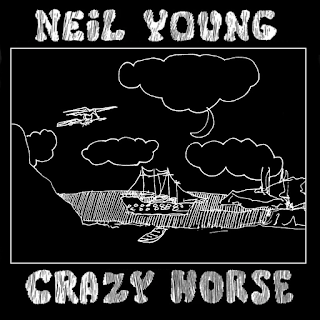 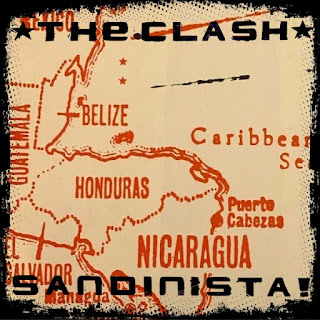 The Clash released their third album, London Calling, in December 1979 through CBS Records. A double record, it came as a great stylistic shift from their first two punk rock-focused LPs. It saw the band tackle genres such as Ska, Reggae, Rockabilly, and even R&B, showing a much broader range of musical styles than in what came before its release, and went on to be regarded as one of the greatest albums in rock and roll history, while they also achieved some relative commercial success with songs such as "Train in Vain" and the album's title track, which became a rock radio mainstays after London Calling's release. Following its release and an American tour in its support, the band stopped at Pluto Studios in Manchester in February 1980, where they recorded the "Bankrobber" single and some other songs earmarked for their next album. Those sessions were followed by more touring, and by April, the band had decided to record outside England for the first time in their career, relocating to New York and booking time at the Power Station. And that one decision alone changed everything for the band.
The band fell in love with the city in all of its late '70s, early '80s decadence and went about exploring its nascent hip hop scene, being inundated by new influences and genres of music to listen to. Never afraid to wear their influences on their sleeve, the band incorporated those new sounds they discovered into their new material, branching out even further than they already had with London Calling. Outside the obvious rap, ska, and reggae influences, the band recorded gospel, calypso, and soul music, with even waltzes and music hall being given a try. This was the band branching out even further than they already had, and such experimentation obviously meant another double album was in the works. But after finding out Columbia was ready to release Bruce Springsteen's The River as a double album, after almost preventing The Clash from doing the same with London Calling, the band revolted and decided to make a triple LP instead. Even though they were going through a very creative phase, they obviously didn't have enough material for that and it shows, with dub versions and backward songs with overdubs helping pad out the six sides of the album. With that, one of rock's most bloated albums was born.
With all of that out of the way, the question we'll be tackling today is: what if Sandinista! had been a double album as originally intended? What would we have got had Strummer and Jones not decided on the act of creative and commercial self-sabotage of releasing a triple album? To answer that, we need to set up some ground rules first. First off, since we have a song pool of 36 songs to choose from, we won't be able to choose from any singles or outtakes. As much as I like "Bankrobber" and "Stop the World", as well as outtake "Every Little Bit Hurts", if the band felt there wasn't enough space for them in three records, there sure as hell isn't enough space for them in two. Considering the original album averaged six songs per side, a 24-track, 90-minute double LP would pretty much be the ideal here. We are allowed to do some editing, as some songs feature non-musical intros and outros which don't add much besides runtime, and some songs simply run for too long without a good reason. With all of that out of the way, here's what an abridged and much tamer Sandinista! could have looked like:
The Magnificent Seven (Sandinista!)
Charlie Don't Surf (Sandinista!)
Junco Partner (Sandinista!)
Ivan Meets G.I. Joe (Sandinista!)
The Leader (Sandinista!)
Something About England (Sandinista!)
-
Rebel Waltz (Sandinista!)
One More Time (Sandinista!)
The Crooked Beat (Sandinista!)
Somebody Got Murdered (Sandinista!)
Kingston Advice (Sandinista!)
The Street Parade (Sandinista!)
-
Lightning Strikes (Sandinista!)
Up in Heaven (Sandinista!)
Corner Soul (Sandinista!)
Let's Go Crazy! (Sandinista!)
If Music Could Talk (Sandinista!)
The Sound of Sinners (Sandinista!)
-
Police on My Back (Sandinista!)
Midnight Log (Sandinista!)
The Call Up (Sandinista!)
The Equaliser (Sandinista!)
Washington Bullets (Sandinista!)
Broadway (Sandinista!)

Bonus tracks:
Junkie Slip (Sandinista!)
Version City (Sandinista!)
Download link:The Clash - Sandinista! (1980)
In the process of cutting out a third of Sandinista, we'll be starting out with the more obvious exclusions. Obvious filler such as the children's chorus version of "Career Opportunities", "Mensforth Hill" and "Shepherds Delight" are the first tracks to get the cut, and while dub is a very important part of the band's sound during this period of time, I reckon a whole side of it is a bit much, and if I'm really being honest with you, the second half of "The Crooked Beat" is enough representation for the genre, so all other dub versions of songs from the album are cut. "Lose That Skin" should have been a solo Tymon Dogg single, as it wasn't even written by a Clash member, and though "Hitsville UK" was, it belongs on Ellen Foley's The Spirit of St. Louis album, where it would be surrounded by similar material. Other than that, their cover of Mose Allison's "Look Here" fails to be more than a curio, and both "Junkie Slip" and "Version City" are songs that I like well enough, but when in comparison with the rest of the album, they fail to impress me. Maybe those two could be used as b-sides to the album's singles, as was the case with "Stop the World" in our timeline.
That leaves us with 24 songs, and when looking at the tracklist, we see sides 1-4 are mostly intact, with a few holes here and there, and sides 5-6 are almost completely cannibalized. Since the track sequence was never one of the album's weak points, I chose to keep it mostly as it is, only slotting in the new songs where the cut material once was. That means "Charlie Don't Surf" is now the second song on the album, giving us a great 1-2 punch to start off the proceedings. With "One More Time" moved to the second song on side two, our first disc also ends strongly, with the duo of "Kingston Advice" and "The Street Parade" finishing the proceedings. Sides three and four stay as they are. However, due to the time constraints of the LP, some editing will be necessary to make all of this fit into four sides of vinyl. So, "The Magnificent Seven", "Up in Heaven", "The Sound of Sinners" and "Washington Bullets" all fade out early, while a WBAI radio announcer is cut from "Lightning Strikes", and audio from the 1976 Notting Hill riots is cut from "Let's Go Crazy", as well a child singing "The Guns of Brixton" in the outro of "Broadway", which didn't add anything to the song before and honestly, won't be missed.
That leaves us with a 90-minute double album with four roughly 22-minute sides, which stands its ground against London Calling with ease. I've long defended that Strummer and Jones didn't suddenly forget how to write great songs in January 1980, and the sheer amount of hidden gems we've been uncovering here prove my point. This material only needs a less unfocused and more concise platform from which to be displayed to be able to shine, and I hope to have provided such a platform here. As for the cover, we can replace the undeniably cool cover picture of the band in black & white of the original by a more literal, fan-made cover, portraying a map of Central America, with Nicaragua, home of the Sandinista revolution of '79, given the main focus, which makes for a nice alternative. Instead of "music for people who work at oil rigs" as Mick Jones once put it, we get The Clash's crowning achievement as one of the greatest bands in rock and roll history, and their affirmation as the pioneers when it comes to fusing influences from all over the world to their own, and creating a wholly original and politically conscious record, very much owning up to the title bestowed to them of the only band that matters.
Sources:
The Clash - Sandinista!
Passion Is a Fashion: The Real Story of the Clash
Posted by The Reconstructor at 14:56 3 comments: 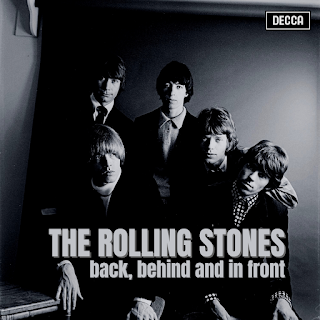 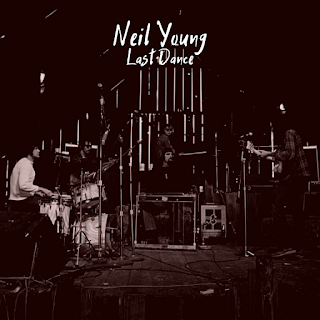 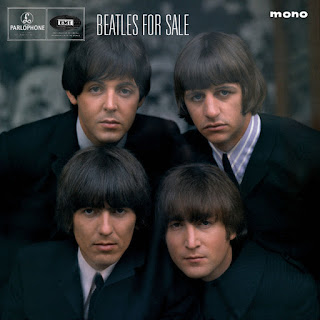