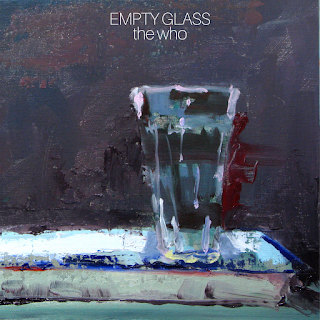 Keith Moon, drummer for The Who, passed away in late 1978, shortly after the band released their "Who Are You" album. The band finished the editing of "The Kids are Alright", a documentary about the band that was being produced since late 1977, right before his death, and its release was dedicated to him, as he passed merely weeks after the band approved the film's rough cut, not changing anything of the cut after that. His death devastated many fans around the world, and it was expected that the band was going to break up as an effect of that, and also due to him being a vital part of their sound. However, the remaining three members of the group decided to carry on, soon afterward recruiting ex-Small Faces and Faces drummer Kenney Jones as his replacement, and went on a large US and European tour the following year. The tour, their first full-fledged one in more than three years, was criticized by many, mostly due to the stark difference in the drumming style of Jones and his predecessor, and a tragedy in Cincinnati that killed 11 people just before one of their performances didn't help matters either, leading to a very negative mood within the group.

At the same time as the tour was beginning, this incarnation of The Who entered the studio for the first time, to record new versions of "Quadrophenia" outtakes, to be used in the motion picture of the same name, based on their 1973 rock opera. The band debuted many freshly written tunes in their live performances, mostly led by Pete Townshend, with some of them even managing to become live staples for them. It seemed that the next logical step was for the band to record an LP with those songs, as had been the norm until then. However, Townshend had other plans, and ended up recording a lot of the material they had performed, as well as other songs he had written the previous year, as "Empty Glass". His first real solo album, it was mostly based on his estranged relationship with his wife Karen, his ongoing alcohol addiction, and even a couple of nods to Moon, his deceased bandmate. The album was pretty well received by the fans and critics, even managing to score a hit, with "Let My Love Open the Door". Even Roger Daltrey, one of his fellow band members, expressed his liking for it, even citing a couple of songs he considered his favorites off of it.

The other members of the band weren't idle during that whole time either, with Roger releasing the soundtrack to the movie "McVicar", on which he also played the lead role. John Entwistle, however, spent that time recording the bulk of his "Too Late the Hero" album, which ended up only being released in 1981. After that small break, touring started again throughout 1980, with them booking time in the studio for the final months of the year. That led Pete to write all of their next album, "Face Dances" during that short period of time, with John also writing a couple of songs for it. When it was released, however, the first Who album without Keith Moon was bashed by critics, and despite the success of "You Better You Bet" as a single, failed to make as much of an impression as their albums often did. Because of that, comparisons between both Face Dances and Empty Glass, written and released one year apart, became inevitable, with almost always EG being seen as the superior album, and Daltrey even accusing the guitarist of saving the best material for himself, on one occasion.

However, what was in the back of every fan's mind during that time was: what if they had recorded "Empty Glass", instead of it being just a solo album? To start off, it would probably still follow the tracklist and be mostly songs from that album. No tracks from Face Dances will be included here, so that both albums can exist as mostly separate entities. This is going to be mostly an imaginative effort, due to the lack of Who versions of the tracks, so we'll have to stick to our imaginations for the time being. Only one cut by bassist John Entwistle makes the album, due to that being generally the number he got for each album, even though Who Are You featured a record-breaking three by him. No songs here are sourced from McVicar, however, since it features only covers, and the last time they had included one in a studio album was in 1969, so I doubt they'd record any. "And I Moved" is taken out of the album, to make place for Entwistle, and also due to its lyrical content, which I doubt Roger would be happy to sing. Without stretching this any further, here's our tracklist:


Our 1980 Who album begins with "Rough Boys", which features Kenney Jones on drums, playing as a guest on Pete's album. In some interview, Roger has stated he felt some of the album's songs would be better suited for The Who, going as far as citing this song, being an indicator he enjoyed it, apart from its pretty risqué lyrics. I'd think that its arrangement would be mostly untouched, apart from the vocals, of course, as the song already has a pretty Entwistle-like bassline (courtesy of Big Country's Tony Butler) and Jones on drums. Afterward, comes the great "I Am an Animal", which they even debuted on tour in '79 during a couple of encores. It would still, I believe, feature Pete on the lead vocals, since it suits him better than Daltrey's "stronger" vocals would, considering it's acoustic and midtempo. As track no. 3 we have the only actual Who track on the album, with "Dance it Away". First performed live as a jam out of "Dancing in the Street", it has Jones and Entwistle on bass and drums, only needing a Daltrey vocal to become a full-fledged Who song, adding a hard-rocking edge side one didn't have before. It fits in with the EG material like a glove.

The lead single off the album would most certainly be "Let My Love Open the Door", which managed to hit #9 in the Billboard charts. Since Daltrey even covered the song recently, with Pete guesting on acoustic guitar and backing vocals, we can assume he is a fan of the song, and they would most surely record it. His version is not included here due to the sheer difference in age between it and the rest of the songs, making it sound pretty out of place within the album. Entwistle's song is "Back on the Road", from his Music for Van Pires soundtrack. Despite being released in 1998, it was first recorded in 1979, and its lyrics about the pressures and reliefs of the road fit in like a glove with Pete's material, only needing a lead guitar track from him. The short and fast-paced "Jools and Jim" comes next, which was written during one of their tours, but not played during it, and as in the original album, finishes the first side of it. Starting off side two we have "Keep on Working", first demoed in 1977, during sessions for "Rough Mix", but never recorded until the time came for his album. I believe it would still have been sung by its author since it sounds pretty good as it is, and I don't believe Roger would be able to do it justice, so it remains the same.

Up next is "Cats in the Cupboard", which was featured in several of their encores during that time. Due to it being a pretty energetic tune, I believe the band's lead singer would do a great job on it, and would probably become a consistent live staple for them. As the eighth track, "A Little is Enough" is a great tune, and reportedly Townshend's favorite song off the album, as he has stated in some interviews and his autobiography. Since in his solo gigs he has played it constantly since releasing the song, I believe the band would have done the same thing. We move on to "Empty Glass", which was even first demoed by the band during the sessions for the "Who Are You" album two years beforehand, with Moon behind the drumkit. A pretty hard-rocking tune, it would fit in with our lead singer's voice like a glove, and be one of the highlights of the album, deserving to be its title track. Finishing off the LP, "Gonna Get Ya" is the longest song on it, clocking in at six and a half minutes. It's also the one I consider to sound the most like the famous "old Who sound", making my choice for lead singer quite obvious, since it would suit Roger perfectly, and would sound awesome live, had they played it on tour.

Had this really become The Who's ninth studio album, it would have been pretty well received, due to its stellar songwriting and performance. However, I reckon most Who purists would disown it, as they did with "Face Dances" and "It's Hard", since it doesn't feature Keith, and has a much more 80's sound than what came of it. It is surely an improvement over FD, being overall stronger and considerably personal in its lyrics, as well. The main single off of it would, of course, be "Let My Love Open the Door", which with the Who brand name would most likely hit #1, since it came close to doing that with Pete alone, even. The main sequencing changes were swapping out LMLOTD and the title track, to make the sides even out, with them ending up at about 20 minutes each, the standard for an LP. Had their main songwriter not begun a solo career, The Who would end up with a much stronger post-Moon discography, something much needed for a band that was trying to re-establish themselves and prove they could go on, without the band member who never had an empty glass.