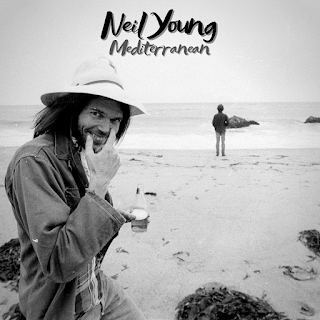 Neil Young released his sixth album, On the Beach, in July 1974. The third chapter of the so-called Ditch Period, it was released right before Crosby, Stills, Nash, and Young's 1974 Reunion Tour, which reunited Young with his estranged bandmates for the first time in four years. During this period of his career, his now-infamous marital issues with wife Carrie Snodgress were beginning to show, with these issues becoming a strong source of inspiration for him, and the main focus of the latter period Ditch albums. This can be clearly seen by the fact that, despite him having just finished recording a full studio album mere months ago, he spent the rehearsals for the tour (held at his own Broken Arrow Studios, no less!) writing and recording some new songs. The seven sparsely-arranged songs he recorded during these sessions divided themselves into happier songs, with lighter themes, and moodier, more depressed about his failing marriage and infidelity. The tour itself saw the live debut of three of those songs, and the writing and incorporation into CSNY's live set of a couple other tour-written songs as well. By the tour's end in August, he had about enough material for a good studio album in the can, but had no plans of recording in the near future. Instead, ahead of CSNY's planned London concert at Wembley Stadium, he traveled to Amsterdam with a couple of friends and a Dutch journalist named Constant Meijers, who documented the whole trip for a piece he would be writing on Neil and his trip to Amsterdam.
There, he got a closer look into Neil's creative process than anyone ever before. A new writing spree in September gave birth to some brand new songs, with most of them having two things in common: their aquatic theme and sad, brokenhearted nature, due to the state of his marriage to Snodgress. He claimed to have already written fourteen songs based on this theme and to have 37 new songs in total, with nine of those being discussed by them, and later recorded as well. The common themes of those new songs made it so that Young decided to put them all together in an album, to be titled Mediterranean. Those nine songs were its' prime contenders, and the album would be recorded in an island (Neil wanted to do it in Ibiza, Italy), and produced by Elliot Mazer. Of course, as we all know the rather volatile nature of Mr. Bernard Shakey, "technical problems prevented such sessions from ever happening. By the first few days of October 1974, he was already back home, and by November, was already recording a wholly different batch of songs, which obviously went on to become Homegrown. This new batch of songs abandoned the slightly more positive water-themed aspects of the Mediterranean material in favor of diving face-first into his divorce, with some of the most personal writing of his career. When he didn't release Homegrown either, it became a much more famous Lost Album than its immediate predecessor, which besides a passing mention in Johnny Rogan's Sixty to Zero book, is still pretty much unknown.
So, the central question to today's reconstruction is: What if Neil Young had finished the Mediterranean album? And to answer this question, we'll have to set up some ground rules first. This album will basically consist of a best-of of the post-On the Beach, pre-Homegrown period. And since about 18 songs were either recorded or written during the May 1974/September 1974 period we will be working with, we'll need to whittle our list down to a more reasonable and album-sized twelve songs. That means no songs that were eventually made a part of the Homegrown album are to be included, as these two albums should be companion pieces, NY's own Rubber Soul and Revolver, if you will. Obviously, no songs written after our cut-off date of September 1974 are to be included, and all songs included have to fit into the album's considerably loose theme and sound, that being a sad, tropical, and acoustic album about water and Carrie Snodgress. And luckily for us, all known songs but one from this very prolific period were recorded in the studio, and most of them were tracked a mere two months after their writing, in November 1974. However, two of the songs were recorded in early 1976, almost two years after the fact. We will make an exception for that, seen as those two are a vital part of this period, and we will explain how a 1974-recorded version of those would sound later on. Well, not to stretch this out any further, let's take a look at what our take on Mediterranean would look like:
Long May You Run (Long May You Run)
Mediterranean (Archives Vol. 2)
Daughters (Archives Vol. 2)
Pardon My Heart (Archives Vol. 2)
The Old Homestead (Hawks and Doves)
-
Hawaiian Sunrise (Archives Vol. 2)
Love/Art Blues (Archives Vol. 2)
Homefires (Archives Vol. 2)
Frozen Man (Archives Vol. 2)
Deep Forbidden Lake (Decade)
Bad News Comes to Town (Archives Vol. 2)
Through My Sails (Archives Vol. 2)
Bonus tracks:
LA Girls and Ocean Boys (Archives Vol. 2)
Pushed it Over the End (Archives Vol. 2)
Download link:
Neil Young - Mediterranean (1974)

The nine songs known to have been considered for Mediterranean are "Star of Bethlehem", "Vacancy", "Daughters", "Through My Sails", title track "Mediterranean", "Love/Art Blues", "Hawaiian Sunrise", "Frozen Man" and "Deep Forbidden Lake", of which we will remove the first two, seen as they were later added to Homegrown. Of the June 1974 songs, we will get rid of "Love is a Rose" for being a part of Homegrown, and relegate "LA Girls and Ocean Boys" to an outtake. As much as I like it, it's simply unfinished, and if he was uncomfortable with the personal nature of Homegrown, there's no way in hell he would ever release this, which is almost confessional in its starkness. That leaves us with "The Old Homestead", "Homefires", and "Pardon My Heart". Of the tour material, we have "Pushed it Over the End", "Long May You Run", and "Bad News Comes to Town", which despite never being performed during the tour itself, was written alongside "Star of Bethlehem", and typed down in the very same manuscript as it, which means it too was written sometime in July 1974. Of those, "Pushed it Over the End" is removed, since it has almost nothing to do with the rest of the material, both in sound and in lyrical content, being a hard-hitting electric song about a serial killer. Both it and "Long May You Run" were premiered during his famous Bottom Line gig, in May 1974. That leaves us with twelve songs, and all we need to do now is sequence them in a way that manages to both flow well and make sense.
So, how would the two 1976 songs I mentioned earlier change? For both, we see that the lyrics and melody would remain virtually the same, as evidenced both by the Bottom Line version of "Long May You Run", and the hotel room demo of "Mediterranean", both from 1974. The only changes I can see happening to them are related to arrangement. The former would sound more like "Star of Bethlehem", with Neil on acoustic, Ben Keith on the lap steel playing Stephen Stills' lead part, and no congas or organ. It's backing vocals would be provided by Emmylou Harris and Ben Keith, the way they sang on "Daughters". "Mediterranean", however, would probably only lose its overdubbed electric guitar part, and be a solo acoustic number, sounding more in line with something like "Frozen Man". We're also not using the Zuma versions of either "Pardon My Heart" or "Through My Sails". We're using the original 1974 mix without the 1975 overdubs for the former, and a solo, acoustic version for the latter, both from Archives Vol. 2. And seen as "Love/Art Blues" has three different versions on the box set, we use the second version, which is honestly the best of the three. When sequencing this album, I tried my best to open both sides with more upbeat material, and balance out band tracks and solo numbers in both sides, as to not make them sound too repetitive, and had the side with "The Old Homestead" be two songs shorter, due to time constraints and the length of the song. And I think this sounds pretty good!
I picture such an album to have been rush-released in December 1974, just in time for the Christmas shopping season. With "Long May You Run" with the potential to become his first real hit single since Harvest, it's certainly more commercial than other Ditch-era albums, but under the cuter and straighter surface is a collection of songs as deeply rooted in sadness and heartbreak as any other of those albums, with some of his greatest writing being found here. Because of that, Mediterranean is as good as any of his 1970's "golden age" albums in my view, seen as Neil could virtually do no wrong at this point in his career, writing masterpiece after masterpiece after masterpiece. With two evenly-timed 21-minute sides, this slightly less lethargic and more countryfied sequel to On the Beach fits in like a glove in between OTB and Homegrown, providing some context to where his mind was during the CSNY tour, and what happened between "Motion Pictures" and "Separate Ways" that finally made his marriage collapse. To further drive the point home, I used a photo of Neil at Malibu Beach in early 1975, taken by Henry Diltz, as my cover, connecting it to both the aquatic and tropical theme of most of the songs and to the album that came immediately before it. With Neil's mid-1970's Archives finally open to all of us, we are finally able to take the deep dive into his unreleased gems that we've been wanting to for so long, and I'm thankful for that, especially when we are able to uncover such gems as these.
Sources:
Neil Young - Archives Vol. 2
Neil Young - Decade
Neil Young - Hawks and Doves
Stills-Young Band - Long May You Run
Johnny Rogan - Sixty to Zero
Posted by The Reconstructor at 15:53 6 comments: 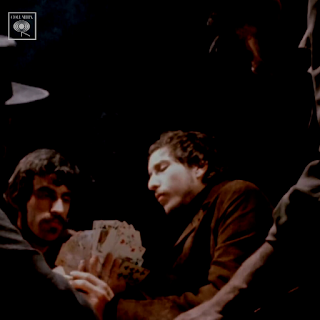