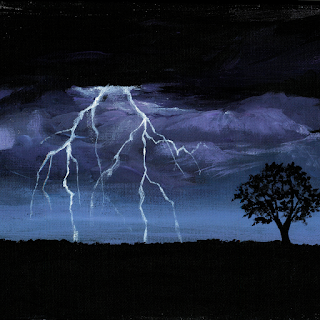 The Grateful Dead released their fifth studio album, American Beauty, in November 1970. The followup to that same year's Workingman's Dead album, it was extremely well received by the critics, and sold exceptionally well in comparison to their previous albums. It continued the country/folk influenced sound of its' predecessor, with more focus on harmonies and more concise songs in acoustic arrangements, inspired by their friends from CSN&Y and their Jug Band roots. It came in a high point in the band's creativity, with Jerry Garcia and lyricist Robert Hunter writing most of the songs on both records, and creating some of the best and most enduring songs to ever come out of the Dead. It also saw the first and only time the group released two studio albums in a single year, demonstrating how much the band had evolved creatively in such a short period. Their live shows had also changed considerably, changing the focus from freeform jamming to some more organized songs and even country covers, such as Merle Haggard's Mama Tried and Jesse Fuller's Beat it On Down the Line. At one point, the band even included an acoustic set to their performances, a far cry from the seven-headed monster from Live/Dead!

So it should've come as no surprise when in February 1971, the Dead had a brand new batch of original tunes to premiere. Over two shows in Port Chester on the 18th and the 19th, seven songs were debuted, including Garcia's Deal, Bird Song, Loser, Bertha, and Wharf Rat, and Bob Weir's Playing in the Band and Greatest Story Ever Told. Those songs were pretty well received, and the concert in the 19th is even considered one of 1971's best by more fanatical Deadheads. Almost all of those songs would become live staples by them, played in almost every tour from here onwards. They're also, in my and most people's opinion, easily some of the best songs the band ever wrote, with even the members themselves expressing their liking for this material. Those Port Chester gigs were also important as they signaled a lineup change for the band, with the leaving of second drummer Mickey Hart, and the ever-diminishing input of Pigpen, whose health was getting frail even by then. With so many changes and such good material coming out of them, it was to be expected that a new studio record by them was on its way, both to capitalize on the success of American Beauty and provide a third part to the "Cowboy Dead" trilogy, as Robert Hunter put it.

But somehow, that didn't happen. Warner Bros. Records, their label, offered some of the band members solo album deals, due to the sudden success of the American Beauty LP. Unexpectedly, Jerry took on the offer, and set off to record his first solo record that July (it was later revealed he only did so to buy a house with the advance money, since his wife had just given birth). Titled simply Garcia, it featured him in all instruments except drums, which were handled by bandmate Bill Kreutzmann, and featured three of the Port Chester debuts, as well as some other songs and an instrumental suite. Due to that, the band decided to release some April gigs they had recorded as a live album, titled Skull Fuck (as in blow your mind, go figure), which featured three other of the new songs, as well as some covers and live staples. With that, any hope of a new studio record in the near future was all but gone, with the band taking the same route of live records and solo albums for 1972. The live Skull Fuck album became the Dead's best selling record till then, managing to hit the top 40 and get Gold album status, most likely due to their rise of prominence in 1970. The next Grateful Dead studio record would be Wake of the Flood, released in 1973.

But what you may already know I'm going to ask is: what if they had actually made a studio album in 1971, instead of taking on Warner's solo album deal? To figure that out, we'll need to set some ground rules first. First of all, we will set the limit date for when the songs were written to July '71, which was when Jerry and Billy entered the studio to record, and would most likely be when the actual band would record this album, too. Therefore, any song from before that is fair game to be used in the LP. Also, no covers will be included in this album, because even though they were a big part of their repertoire back then, none of their albums after Anthem of the Sun featured any, and they had a whole slew of great originals to use instead, rendering such a thing pointless. Studio recordings are highly favoured for this reconstruction, even though there are a couple of (pretty justifiable, I'd say) exceptions. I will also try my best to stay within 1971 in here, without any anachronistic live versions from 1977 to confuse things further. This means solo Garcia material will be featured, with my explanation of how their arrangements would change when played by the Dead helping glue the material together. To not play with your patience further, here's our tracklist:

The album's sequencing is mostly taken from the Garcia record, which was sequenced pretty well, and has a nice, cohesive feel to it. Only minor changes will be made, with Deal and Bird Song being switched over to side two, and the other songs being added to the album. To start off, we can already exclude a couple of tracks. The first thing that goes away is the instrumental Eep Hour suite, which despite being pretty cool, is a bit too experimental for a "Cowboy Dead" record, and was never performed live with the band anyway. Also excluded is The Wheel, which despite my love for it, was only "discovered" by the band in '76, being written in the studio out of a couple of Garcia/Kreutzmann jam sessions, which would obviously not have happened had there been a Dead album. Other than that, all album songs not debuted in Port Chester, such as To Lay Me Down (an American Beauty outtake) and Sugaree (written in June and first played in late July) are included, as well as Weir's two tunes and a Pigpen song. That song, of course, is Mr. Charlie, which was written around the same period as Sugaree, being debuted at the same gig as the latter, on the 31st. Also added, obviously, are the two Garcia originals from Skull Fuck, which are live versions.

As for arrangements, I will take the band's subsequent live performances of the tracks, mostly from the late '71/early '72 period, as a guideline for how the band would record these tunes, sort of creating some hybrid versions. Bertha, Playin' in the Band and Wharf Rat are already live/studio hybrids, with re-recorded lead and backing vocals, as well as an organ overdub by band friend Merl Saunders, so I'd think the three of them would stay intact, other than Wharf Rat getting shortened by a minute and a half, to better fit on the album and cut out some of the jamming. Mr. Charlie, the only other live track in here, is also a live/studio hybrid already, and would stay mostly the same, other than removing Keith Godchaux's piano playing, which besides being a bit unnecessary, would also be anachronistic as he hadn't yet joined the band. There are anachronistic elements all over the studio version of Greatest Story Ever Told, too, with both Keith and Donna being all over it. As for Donna's backing vocals, they would simply be removed, with Bobby singing solo, and Keith's piano part, vital to the tune, would simply be played by one of Howard Wales or Ned Lagin, who played as session musicians for the Dead before, and would regularly sit in with them around that time.

Deal would retain it's studio arrangement, as other than the pedal steel guitar part, it would be played the same way live, with only the addition of some backing vocals by Bob on the chorus, and a piano part (most likely handled by Ned Lagin, on this reconstruction) to add some colour to it. In contrast, Bird Song would most likely retain its live arrangement, with the only differences being the rhythm part being played in acoustic guitar, the exclusion of Godchaux's piano part, as well as reduced length, somewhere around the length of the studio version for obvious reasons. As for Sugaree and Loser, their already fantastic studio arrangement would be kept, with only a piano part in Sugaree and backing vocals in the "Last fair deal in the country" portion of Loser being added in here. To Lay Me Down would have kept its studio arrangement too, with Jerry still playing the piano part, and his friend Howard Wales handling the Hammond organ portion of it. As compared to the other two albums from the trilogy, it has all the trademark features the others had, with the only thing missing being a Phil Lesh writing credit, as he didn't contribute much to this material, god knows why, having co-written a song on each of the two records before this one.

This record clocks in at about 48 minutes with even timed sides, which was fairly long for vinyl, but with the editing we mentioned earlier, it could be avoided quite easily. In my opinion, any album with these songs in it could compete as an equal with both AB and Workingman's Dead, and in the right night even beat the both of them as my favorite GD studio album. The critics would most likely agree, giving Thunder and Lightning the same positive reviews they were getting back then, and commercially, the album would probably chart as high as the live album, or even better, considering it was a single album instead of a double, and therefore cheaper. The album lacks a clear lead single, though, and both Bertha and Playin' in the Band could serve that purpose rather well, if not ideally. The album is named that due to the very uncommercial nature of the Skull Fuck title, as well as it being mentioned in the lyrics for The Wheel (which could be printed as a poem in the liner notes of the record), with a cover being made to match the concept. Even though things worked out pretty well for the band, in the long run, it would still be pretty interesting to see how things would turn out, had they played their cards differently this time.