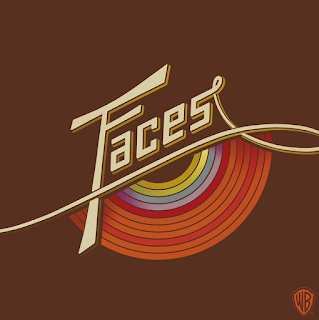 "Ooh La La", the Faces' fourth and last studio LP, was released in March 1973 by Warner Bros Records. Produced by the band and Glyn Johns, it was released in a time when lead singer Rod Stewart's solo career was starting to get more and more popular, and as a result, it ended up charting as high as #1, despite not being that critically well received. The recording sessions for the album, which spanned from late 1972 to January of the following year, were fraught with tension and infighting between band members, with Johns having to mediate and help ease the mood in the studio. Stewart's growing disinterest with the band, due to his newfound solo popularity, was one of the main reasons things had escalated between them, with members Lane, McLagan, and Jones being tired of staying behind the vocalist's shadow, being seen merely as his backing group. Stewart's absence was such that he only sang in half of Ooh La La's songs, with the rest of the record being populated with instrumentals and Ronnie Lane originals. Stewart, obviously, was not pleased with the results, and spoke his mind about the album in a Melody Maker interview. Between many other things, he called it half-baked and said he wasn't really proud of the album, citing the long time they took to make it as detrimental as well.

That enraged Lane, who had been the main force behind the album's songwriting, due to the singer's lack of commitment. Tired of being sidelined and overshadowed, he quit the band shortly afterward,  and began a solo career for himself, recording his first album in 1974. He ended up being replaced with bass player Tetsu Yamauchi, who had played for Free as a replacement for Andy Fraser. This new lineup toured in the US and Europe in support of the album, with their setlists consisting of half Faces tunes and half RS solo songs, and the tour was announced with the headline of "Rod Stewart and the Faces". Later in the year, they record the non-album single "Pool Hall Richard" and it's b-side, both written by Stewart and lead guitarist Ronnie Wood. It was a minor hit, managing to make #8 in the singles chart, and was pretty well received as well. Another release from the band was "Coast to Coast: Adventure and Beginners", a live album from their recent US tour, released in early 1974. While that was being mixed, both Wood and Stewart began recording their solo albums, in the basement of Ronnie's mansion, The Wick. Several songs were recorded during the aforementioned sessions, with all members of the group, except Tetsu, participating.


However, instead of keeping those tunes for use in their next studio album, Rod and Ronnie show off the level of disinterest they had in the band, and put them alongside other non-Faces tracks, recorded during the same sessions, and release two solo albums, "Smiler" and "I've Got My Own Album to Do", respectively. Sometime later in mid-1974, the whole group reconvenes and records a new single, "You Can Make Me Dance, Sing or Anything", planned to lead off their new LP. However, those sessions only yielded another song, which was used as its b-side, and as they had touring commitments, they left that as-is. Whilst on tour, they kept on writing and having new song ideas, eventually reconvening to finish the album by January 1975. Then again, the sessions weren't very fruitful, and Lane's absence meant that the songwriting camp had been weakened considerably. They ended up tracking only four new songs, which were then overdubbed over the following month, before once more leaving to tour. The group eventually broke up in November 1975, with Wood joining the Rolling Stones, which left the new material shelved indefinitely, leaving "Ooh La La" as their last effort as a group, and their first post-Lane album unfinished.

However, what that left us all wondering was: what if they had remained focused within the band, and finished the album? First of all, we know "Pool Hall Richard" and its b-side, despite being fantastic songs, would not feature in the album, due to being one year removed from the first recording sessions, and being intended to be non-album singles since inception. Songs from both solo albums are fair game, as if the band had focused on the album, they would end up featuring in it anyway. However, they still must feature three or more band members each, to still manage to sound like a band effort and retain a certain cohesion for our reconstruction. No live versions are allowed as well, both due to it being a studio album, and to limit the addition of solo Rod Stewart tracks performed live by them, which would make almost the whole of "Smiler" usable. We will include all four songs recorded during those final sessions, as well as both sides of the "You Can Make Me Dance, Sing or Anything" single. The sides will feature no more than five songs a side, as with most of their records, and with only two songs featuring a lead vocal not by Rod, in contrast with his minimal input in their previous release. Well, without further ado, here's our tracklist:

Starting off things is "You Can Make Me Dance, Sing or Anything", the final single the band released while they were together in November 1974. It was a hit single for the group, managing to hit #1 in the singles chart, and was a pretty poppy tune, with some orchestration and a disco beat, which contrasts a lot with their other material. Written by all band members, it was still credited to "Rod Stewart and Faces" on the single's sleeve, which angered the band. Released on Stewart's "Smiler" LP, "Sailor" is a great fast-paced rocker with some fun lyrics, featuring keyboardist Ian McLagan, drummer Kenney Jones and guitarist Ronnie Wood, which almost makes it a Faces song, if you think about it. Being written by the distinct songwriting duo of Wood and Stewart helps matters a lot, as well. "Mystifies Me" is up next, being sourced from Ronnie's "I've Got My Own Album to Do". A beautiful ballad, it was written by Ronnie for Pattie Boyd, with whom he was having an affair at the time (as were George Harrison and Eric Clapton, mind you!), and also features backing vocals from Rod during the chorus, and some great Hammond organ playing by McLagan. The tune is also one of the highlights from his debut record, more than earning its spot in here.

Track no. 4 is then again sourced from Woody's first solo release. "Take a Look at the Guy", with co-lead vocals by Rod Stewart and some fiery electric piano playing by McLagan. Written by RW, this song was a mainstay of the band's setlist from 1974 onwards as well, with them stretching the song by a couple of minutes with extended solos and jamming. Finishing up things in side one is "Gettin' Hungry", a Beach Boys song from "Smiley Smile", of all things. A very bluesy tune, it was recorded during the final 1975 sessions, and is one of the more interesting songs from that period, with a slow, organ-driven intro and some great vocals by Rod the Mod. Side two's opener is the appropriately titled "Rock Me", written by Wood, Stewart, and McLagan. Almost an archetype for the regular Faces tune, it was recorded during their January 1975 sessions as well, with lead vocals by Rod. Speaking of him, his "Dixie Toot" is the seventh song in here, being one of the best songs on the album. Featuring Jones and Wood alongside himself, as well as some carnival-like brass playing, courtesy of Chris Barber's Jazz Band. It speaks of searching for a good time, something I think is pretty appropriate for a Wood/Stewart song on a Faces album, so it stays here.

Up next is "As Long as You Tell Him", the b-side to "You Can Make Me Dance, Sing or Anything". A great, slow ballad, it was once more written by Stewart and Wood, dealing with a messy breakup, with some great playing by the whole band. Then again, it became a mainstay of their setlists after its release, so it deserves a spot in here. As track nine, we have the Chuck Berry cover of "Sweet Little Rock n' Roller", from Rod's "Smiler", with McLagan and Jones playing alongside him. Finishing things up for the Faces' fifth is its title track, "Open to Ideas". Yet another ballad, it was written by Ian McLagan with aid from Rod and Woody, and was first featured in a compilation album in 1999. One of the superior songs from the record, it more than earns its place as closer and title track. As an addendum, we have a medley of two Rn'B covers: "Hi Heel Sneakers", by Tommy Tucker, and "Everybody Needs Somebody to Love", by Solomon Burke. It shows them in a pretty laid-back way, being of a live-in-the-studio fashion, making the whole thing pretty great, as well as making for a fantastic listen. It didn't feature in the album both due to the lack of space and due to it not being of the same quality as the others. Good enough for a bonus track.

As an album, "Open to Ideas" is a pretty good mid-1970s rock and roll record, with some great songs and performances in general. However, one cannot underestimate the damage Ronnie Lane's absence caused, both within the group and musically. Lost were his incredible songwriting chops and the variety he brought to them with his acoustic numbers, as was their interest in going further with the band, which was what doomed it from the start. It pales in comparison to what the band could do at their peak, but as a companion to "Ooh La La", it is more than fitting, and they sound pretty good alongside each other. Clocking in at 41 minutes with a longer side two, its most probable second single would be its title track, and using our bonus track as the b-side would be a nice way to use everything they recorded. It's a shame how a band of such potential and capabilities as the Faces ended up with such a short career together. In their heyday, they managed to challenge the Rolling Stones for the crown of the greatest rock n' roll band in the world, all that while playing some of the most energetic live gigs of the time. This unreleased album is a great glimpse of their final days, before they ended up either joining their competitors or crossing the Atlantic.